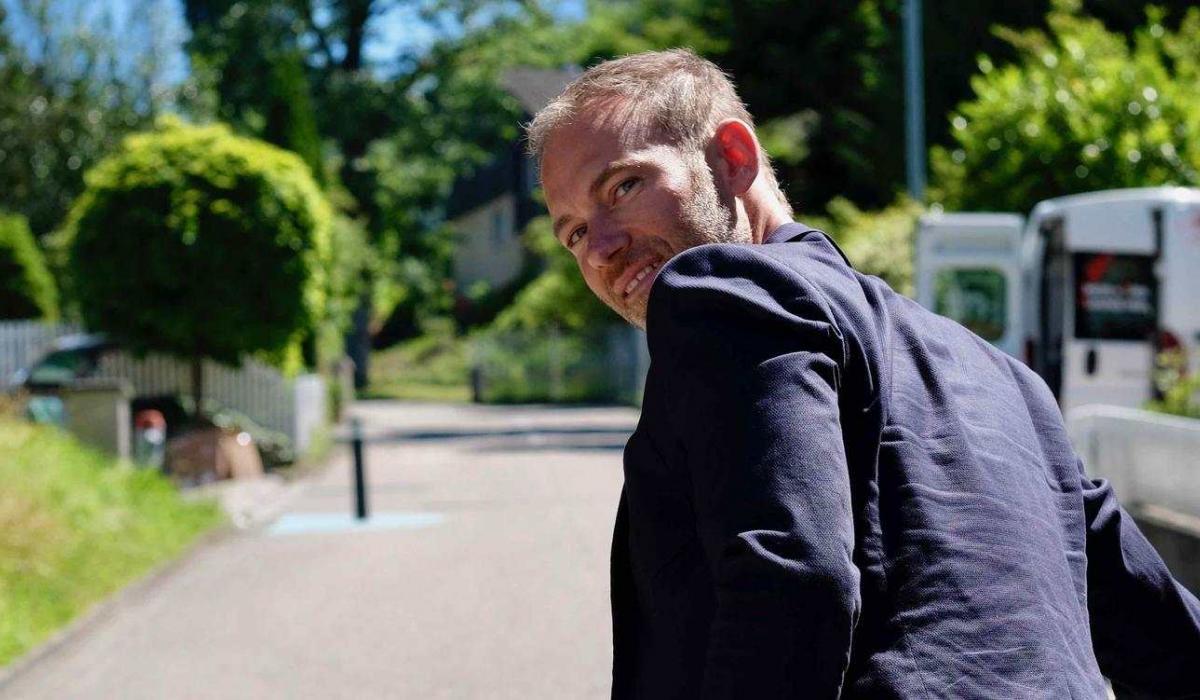 A successful brand needs to have a sound economic basis if it wants to stay competitive in the market.

“I see my involvement in Stromer as a personal challenge that brings me immense pleasure.”

A discussion with Stefan Schwab, new investor and President of the Administrative Board at myStromer AG:

It has already been announced in the press that the bikes group BMC has transferred its shares in Stromer to a new group of investors. The latter now includes IT entrepreneur and FDP Council of States member Ruedi Noser, as well as watch industrialist Stefan Schwab. The disclosed investors include BMC owner Andy Rhis, who remains involved as a private individual, as well as Swatch co-founder Ernst Thomke and of course Stromer inventor Thömu Binggeli. We would like to take this opportunity to present Stromer’s new partners. Our first meeting was with Stefan Schwab, who after five generations has turned the mainspring manufacturer Schwab-Feller into a highly profitable business and is also involved in several SMEs in the high-tech sector as investor and business consultant through his Linoa-Holding AG.

His positive outlook on life is contagious, and when he tells his visitor what matters in positioning a company or brand in the market, to hear him speak it actually all sounds quite straightforward because everything is so compellingly logical. Stefan Schwab is an entrepreneur who seems to know where he stands, and bats away bothersome stress by converting it into a kind of motivating force.

After meeting him you also understand the essence of running a business successfully. It is about soberly assessing how an overall place of activity functions and how to create a healthy basis, organize all individual matters, optimize processes and rectify or eliminate disruptive elements. Stefan Schwab is capable of analyzing such processes with stoic calm and explaining complicated matters in a way that everyone can understand and take in. Specifically, the latter is a key requirement for everyone involved in a business amid the process of promoting creative ideas and enabling efficient work.

Heading into a successful future with Stromer.

He says the inquiry about getting involved in Stromer came rather out of the blue – not that he needed to reflect on the proposal for long. He had just recently appointed a new COO at Schwab-Feller AG and drawn up the objectives. Furthermore, the current commitments of his company Linoa Holding AG left him sufficient leeway to take up this challenge. He said yes, and is hugely relishing the prospect of helping to build a successful future for Stromer. He perceives immense growth potential in the e-bike market, with the Stromer brand occupying a premium market position. He believes the model range now needs to pick up intelligently on customers’ genuine requirements, keep driving forward technological research and above all lead the way in coming up with concepts for new forms of mobility for urban life.

Although he acknowledges he has taken on a hefty portfolio of tasks in getting involved in Stromer, the basis for the brand’s successful further development is already in place. Internally, Stromer has a very sound management cadre. The important thing now is to do the right thing at the right point, at the right moment. After all, good or excellent ideas are only good if they can be realized, by being technically and economically effective or indeed by achieving customer and market acceptance. There is another consideration that should not be overlooked: a successful brand needs healthy growth, including geographically.

Unique connectivity worldwide thanks to the smartphone.

Stefan Schwab believes it is imperative for Stromer to keep building on the pioneering role in digital connectivity as a priority. That is what has made the Stromer product unique, and is also a major argument when it comes to fleet management. In urban areas, an array of new mobility forms are set to emerge in the very near future. Stromer can already boast ample resources of expertise in that field. One example is Swisscom, which has solved mobility problems by introducing a Stromer fleet linking together various campuses in Switzerland. Other companies have followed suit, among them PostAuto, BKW/FMB, Appenzeller Käse and the insurer Mobiliar. An important pilot project with the latter is currently in progress in Zurich, involving the world’s first free floating e-bike sharing concept!

Stefan Schwab was not yet prepared to divulge specific strategies in this interview. He explained that the procedure for such decisions and measures was still an internal affair and not intended for public disclosure. But he promised to tell more in due course in a further interview. However, one thing seemed clear: Stefan Schwab will be keeping things moving forward at Stromer and maintaining a very athletic pace.

When Stefan Schwab was handed responsibility for running the family business by his parents in 2003, taking it into its fifth generation, the mainspring manufacturer Schwab-Feller AG was just ten percent of its present volume and was just about breaking even. At the time the company had 17 employees. Stefan Schwab was number 18. Today the company employs more than 70 people and its revenue has increased five-fold. More importantly still, by launching B2B activities and getting the principal customers to invest in the stock corporation, Stefan Schwab succeeded in safeguarding the company’s long-term future. Since 2015, Schwab-Feller AG has belonged to Rolex, Patek Philippe, Richemont and Stefan Schwab.

He has always taken things at a sporty pace. He could get from the parental home to his high school in Biel faster by road bike than by train. Whereas he would have had to catch the 6:18 train in order to get to school on time, he preferred to get up at 6:45, wolf down some breakfast, then hop on his road bike and comfortably do the 13 km journey by 7:30. He says it is really important to him to keep moving – not just to stay fit, but also to get on in life. He now goes to meetings in Biel by bike – a Stromer, obviously.