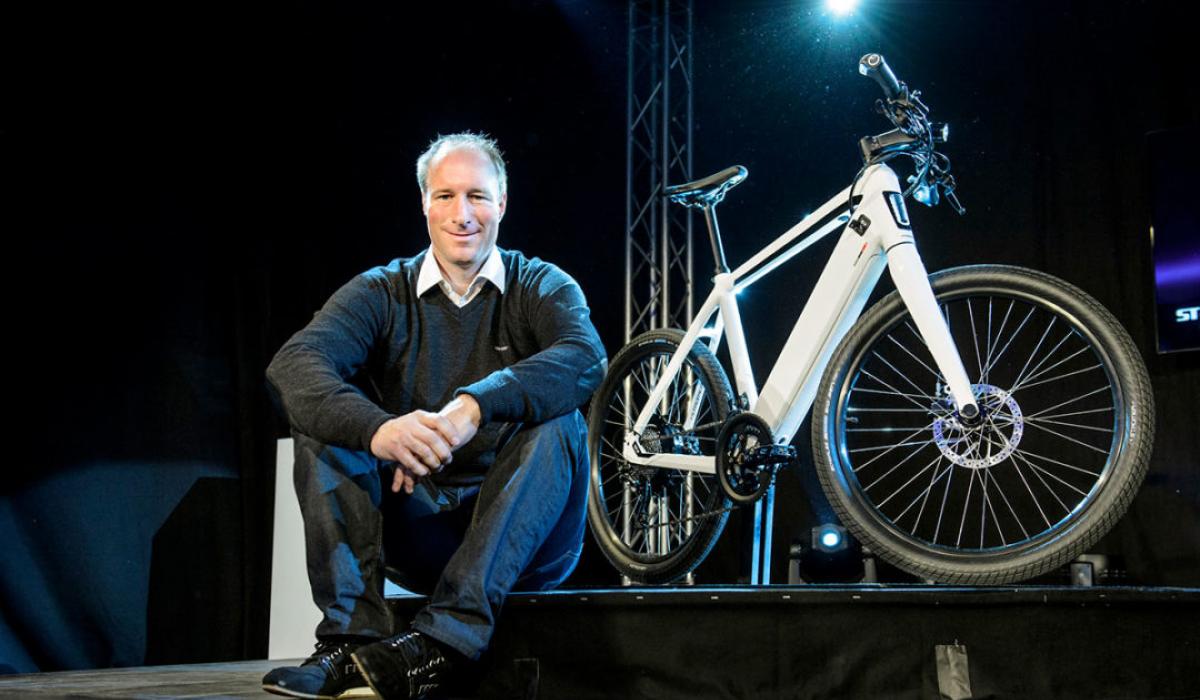 In 2009, the visionary and entrepreneur Thomas “Thömu” Binggeli launched the Stromer V1, a fast e-bike with a new design and a battery integrated into the downtube. The starting pistol was fired for our success story. We met with the forefather and inventor, who is also a member of the Administrative Board at Stromer, and asked him a number of questions.

It has now been 10 years since you developed the Stromer V1. What are your feelings when you look back on the past 10 years?

I honestly feel only great pride! Thanks to a highly motivated team of internal and external experts, we managed to turn our vision into reality. That was the only way for us to become an important player in the urban mobility market.

If someone had told you 10 years ago that Stromer would develop into a global brand, what would you have said and why?

From the very beginning we were aware that our bike was not only destined for the Swiss market but would have to be launched globally to be successful. Our vision was comprised of two components that allowed us to believe in its market success. The first component was that we wanted to develop the fastest e-bike over a distance of 2 to 20 kilometers. The second was simply that we wanted to put the best e-bike on the market. In my opinion, we excelled at both of these.

What was the most important step from the first Stromer model to the current models?

The step between the models V1 and ST2 was clearly the most significant. Our e-bike became a d-bike. We made our e-bikes digital. We were able to communicate with each individual bike over the Internet, which was a unique technology back then and remains so today.

How did you even come up with the idea to develop an e-bike? Did you believe from the very beginning that your e-bike would be successful on the market?

When I was just a kid my bike opened up the world to me. It was a means of transport that made my life considerably easier. I have always been convinced that bikes should not be considered just sports equipment for your spare time, but instead should be taken seriously as a means of transport. For this reason, I always knew that a fast, appealing and efficient e-bike would be successful on the market.

What were the biggest obstacles that you had to overcome when developing the Stromer V1?

Building bikes was always our core competence. When developing the Stromer V1, however, we encountered two completely new elements. The complex electronics and the communication with the bike. Thanks to these two hurdles, we were able to learn a lot and always found the right solution with various cracks. Our endurance, always keeping an eye on our vision and the unbridled joy in development helped us to finally achieve our goal.

Did you have a mentor during the development of the Stromer V1 and the period following this who helped to keep you motivated? If so, who was this and how did they support you?

There were two people who I would like to mention here. Ernst Thomke, the inventor of Swatch, was both a mentor and a confidant to me. He not only invested in my idea, he also always offered me constructive criticism. That was very important to me. Andy Rihs, who has sadly since passed, also played a very important role here. He always offered me motivation and support.

What products or undertakings served as an inspiration for you in the development of the V1? Why?

I always considered Apple a big role model. That is why Stromer was intended to become the iPhone of the e-bikes. And was successful, in my opinion. I have great respect for how Apple has been able to maintain this high for so long. After all, the iPhone has been around for 11 years. A remarkable success story.

If you could go back in time, what would you do differently?

I would not do a thing differently. I am extremely proud of what we have achieved and Stromer brings me great joy. Mistakes are a crucial factor in the process of innovation. If you never make mistakes, you will never reach your goal. I truly believe this.

Where does the name Stromer actually come from? Is there any deeper meaning behind it?

To be honest, we didn’t need any big, long creative process to come up with our name. It came about quite quickly when we started developing our bikes. Stromer quite simply implies two attributes that we found important: strength and power through “Strom”, the German word for electricity. Drive the Difference!